Warning: Trying to access array offset on value of type null in /home/rxadam/public_html/wp-content/themes/gago/blog/loop-style7.php on line 7


Warning: Trying to access array offset on value of type null in /home/rxadam/public_html/wp-content/themes/gago/content.php on line 6 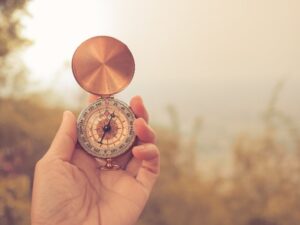 I have to say that I have led a truly privileged life in medicine. Throughout my long and storied education as a physician and caregiver, I have stood on the shoulders of many great mentors. In high school I had teachers who imbued biology and physics with wonder, awe, and hard-to-see logic. And then there were those Yale college professors who demanded critical and astute thinking in all things spoken and written. Finally, my mentors at Stanford Medical School taught me the sheer beauty and magnificence of human anatomy and physiology. Yes, they all shaped how I now think about medicine and disease. But it was my time in Europe and Africa that really taught me the way to actually heal patients. It was there that I learned that the patient is the “book,” and they need to be “read” accurately to best heal what ails them.

I remember the time a Sheikh was evaluated at Stanford while I was a student there because his leg went weak while dancing. After several blood tests and fancy scans, he was told that he had a 1 cm brain lesion in his cerebellum which is likely due to multiple sclerosis. Then, 6 months later, while I was taking an away rotation in neurology at Queen’s Square in London, England, that same Sheikh was seen for a second opinion. This time, after simply receiving a series of physical exams by master clinicians, he was told that he had a 1 cm lesion in his cerebellum and that he had multiple sclerosis. The diagnostic power of a well-performed physical examination was now forever etched into my nascent medical mind.

Better to See Than Look

And then I took it a step further. What was medicine like in Africa, where fancy scans and blood tests might not be available? After months of research and dozens of letters sent (sorry no internet), I secured a clerkship rotation in general surgery at Hôpital Aristide Le Dantec in Dakar, Senegal, a large public hospital in West Africa. And it was there that I learned the true power of observing and “reading” patients. Like the time an extremely ill child was diagnosed with typhoid fever and small bowel perforation based solely on a fever curve and abdominal exams. Or when I watched a surgeon diagnose acute appendicitis rather than kidney stones by simply observing the patient from his bedside for several minutes as he lie still like a board, instead of exhibiting the constant, writhing, restless pain characteristic of stone disease. Yes, I learned that patients, like books, can be “read,” like a mystery novel with clues, to help solve the riddle of disease.

What stuck with me through these experiences around the world was the enormous value that the power of observation holds in medicine. It’s really the essence of holistic medicine. Use all your senses to make sense of disease. Look. Listen. Feel. Perceive and learn from basic human observation and interaction. No doubt, we “look” all the time—Tik-Tok videos, TV, traffic, phones, clocks and the like—but how often do we actually “see” and “observe?” In the words of Publilius Syrus: “Observation, not old age, brings wisdom.” And so it seems that the best way to take care of our fellow humans is simply to be human.

The post The Best Medicine for Humans is Humanness appeared first on The Turek Clinic.